On March 21, 2017  David Szanton, President of the Ethnic Arts Foundation, received the following email from  Prof. Coralynn Davis at the end of her few months stay in the Madhubani area collecting folktales and stories of women’s lives that will eventually become a public archive.  The project is ambitious, exciting and important so with Prof. Davis’ permission we decided to share it with all of you.

We’ve about a week left now in Madhubani before returning to Delhi for a few days and then the States. I thought it might be a good time for me to drop you a line to let you know how things have unfolded for us here.
Off the bat I should say that my overall the experience has been absolutely stupendous. You were, of course, instrumental in getting me here and connecting me with MAI, and I am so very grateful.
I really had two main goals for my time here; a) the recording of folktales and festival tales with a focus on women’s storytelling and with the ultimate goal of creating a public archive of stories; and b) the creation of footage toward a participatory documentary film about Maithil women’s lives and stories, as well as about the participatory research itself. As you know, I’ve been working very closely with two colleagues: the documentary film-maker, Carlos Gomez, and M.S. Suman (Jha), from Delhi. I am indebted to these two colleagues for their immense dedication, and intellectual and creative prowess, as well as for their invaluable companionship during my time here in Madhubani.
I am delighted to report that by the time of my departure, I will have been able to video record around 160 tales told by numerous persons from a variety of communities in the greater Madhubani area. Additionally, we have just now completed the shooting of a dramatization of the Sama Chakeva festival tale, in which several students from MAI have participated, along with a number of other local people, including Ranjan Paswan in the role of Raja Krishna, and Rani jee (Rani Jha, MAI Master Teacher), Vinita jee  (Vinita Jha, MAI Master Teacher) , Dulari jee  (Dulari Devi, MAI Master Teacher) in the role of creative advisers. Across a number of weeks, Rani jee also guided four MAI students in the creation of a panel painting (the process of which we filmed) of the Sama Chakeva story (as part of their training) and sang with a group of court musicians as entertainment for the royal family in the Sama Chakeva dramatization. Vinita didi also created a beautiful painting for the film. The work on the enactment was at times grueling but mostly great fun and a wonderful way to work closely with community members in the expression of and reflection on cultural narrative and value. We have conducted interviews with all those involved in the dramatization, footage from which will also be included in the film along with festival songs and ceremonies, as well as depiction of everyday life. Much, much work is left to be done in the coming months toward the creation of the archive (including transcriptions and English translations of the tales), as well as editing of the film. Carlos plans to return to Madhubani in October to shoot the Sama Chakeva festival itself. Once we have the film near completion, we plan to return again to organizing a couple showings with discussion, so that we can get feedback from the community before we finalize the film and work toward its wider distribution. (I’ve posted numerous photos on Facebook of our work and would be happy to share the photos with you, if you have not already seen them.)
The film will certainly feature the Mithila Art Institute as a local institution contributing to the furtherance of Maithil culture and painting. I’ve been impressed not only not only by the institute’s support for the continuing development of Mithila Art but also by the manner in which it serves to build a supportive and empowering community of learners. It has been great, in particular, to get to know Kaushik jee  (Kaushik Kumar Jha, MAI Director) and to witness the level of dedication he has shown to the institute across so many years and on such a daily basis. We have come to know firsthand of his deep knowledge about and investment in the art, as well as commitment to the success of the students. Separate conversations with numerous students revealed how much they respect and appreciate him. Students also sang his praises at the graduation ceremony event we were fortunate to attend. More generally, as Parmeshwar jee  (Parmeshwar Jha, MAI President)  had promised us and encouraged him, Kaushik jee also made us feel so very welcome, offering his every assistance with great efficiency. He ensured that our own work would be successful without impinging upon the aims and work flow the institute itself. It was also my pleasure to be requested to help out with the curriculum and syllabi updates. (By the way, most of my contribution to that process was about format rather than content; Kaushik ensured that the content and its ordering were sensible and complete.) We were also invited to participate in the MAI Heritage Walk, Saraswati Puja and a couple other events, which we very much enjoyed. I can only hope that our engagement with the institute was of mutual benefit and ask forgiveness if any of the work we did together at all impeded on MAI’s own goals. I would welcome any feedback in that regard.
I know Carlos joins me in our hope that the institute continue as a community-based organization for the promotion of Mithila art and culture and as an accessible venue for local youth to engage with their heritage while building skills for their collective and individual futures.
All the best,
Coralynn 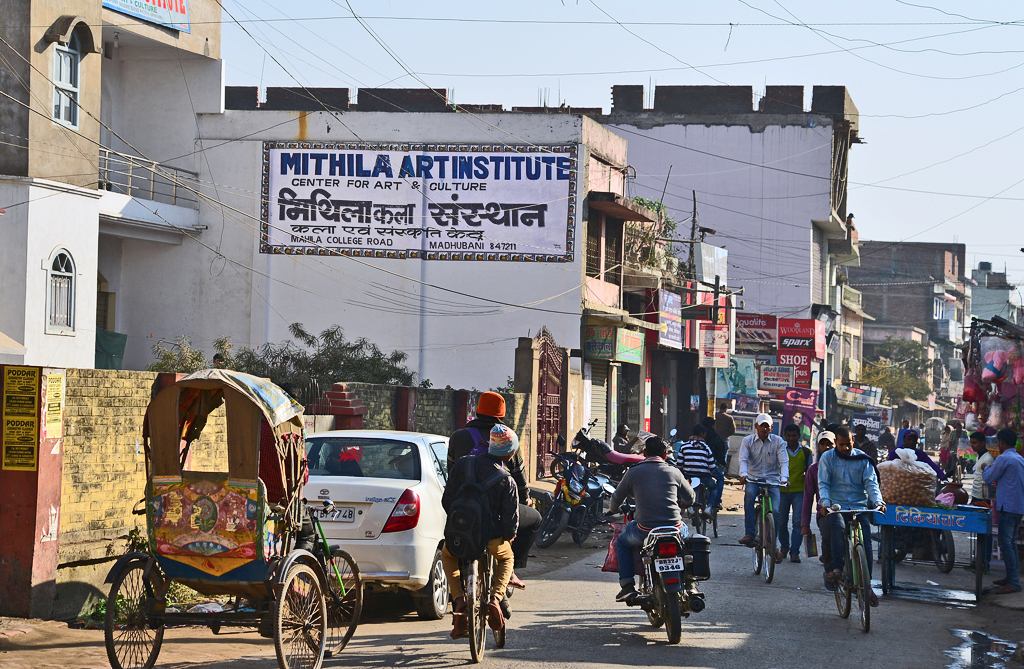 The Mithila Art Institute in Madhubani,  state of Bihar, India has been training artists in the history and practice of Mithila  art for over a decade.  Established in 2003 with the help of the Ethnic Arts Foundation, the Institute charges no tuition and uses an annual blind competition to select  25 -30 students for its two year program, the second year by invitation only.  Since its founding it has graduated over 400 young women and a few men. Some have gone on to become professional artists, a few with national and international reputations.  Some teach in schools and Institutes, some give private instruction and others have gone back to their families to continue with their lives but all through their study and practice of Mithila art contribute to the vitality and continuity of this centuries old indigenous women’s art form. 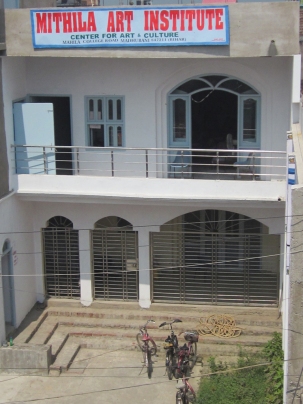 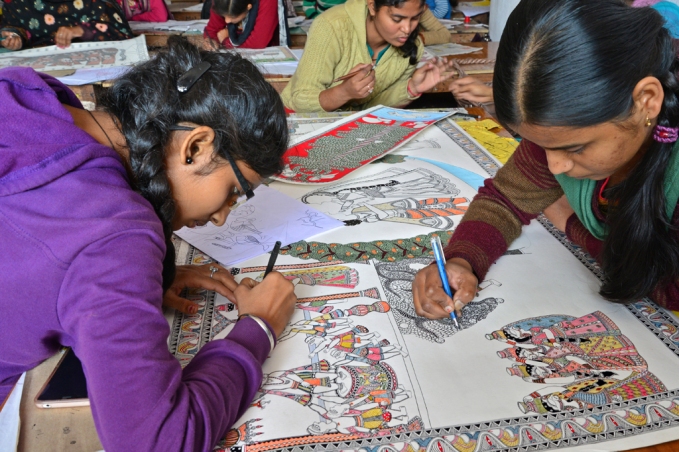